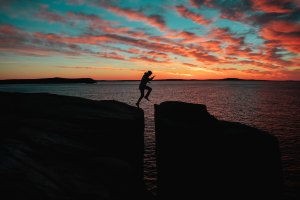 My Heart Was Strangely Warmed

16 For I am not ashamed of the gospel of Christ,* for it is the power of God to salvation for everyone who believes, for the Jew first and also for the Greek. 17 For in it the righteousness of God is revealed from faith to faith; as it is written, “The just shall live by faith.”*

John Wesley had started a club at Oxford called the “Holy Club”. He and his followers had quite a reputation of a life of self denial and various religious observances. After several years of unsuccessful ministry endeavors, Wesley became desperate. His greatest problem was that he had not been born again. Wesley atended a Moravian prayer meeting where they were reading Luther’s commentary on Galatians. During this reading, Wesley said that “his heart became strangely warmed”. Actually what happened is that John Wesley had become born again. Luther’s teaching on salvation that comes not by works but by grace through faith opened Wesley’s eyes. He could never be the same. From that day John Wesley began to preach salvation by grace alone. His ministry became explosive, effecting his generation as well as every generation to come. Have you tasted salvation that comes by faith in the precious blood of our Savior? If not, His love is just a prayer away. Call on the Name of the Lord and you will be saved. If Christ is in you life, then you understand how Wesley could never be the same. You also understand how England could never be the same. The preaching of this message by the Wesleys effected much of the world in their day. Lord, do it again!!!