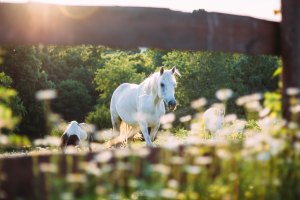 Exodus 15:1-4
Then Moses and the people of Israel sang this song to the Lord, saying,
“I will sing to the Lord, for he has triumphed gloriously;
the horse and his rider [1] he has thrown into the sea.
2 The Lord is my strength and my song,
and he has become my salvation;
this is my God, and I will praise him,
my father’s God, and I will exalt him.
3 The Lord is a man of war;
the Lord is his name.
4 “Pharaoh’s chariots and his host he cast into the sea,
and his chosen officers were sunk in the Red Sea.

There is nothing that compares with the spontaneous celebration that erupts after the Lord brings us into a place of victory. The people of God had been liberated from 400 years of Egyptian oppression. They could not contain their joy. This was their greatest moment in their lives. Today, we have experienced a great deliverance. Like the children of Israel, we were born into slavery. We are all part of a fallen race, enslaved by our on sinful nature. But when the goodness of God appeared, in the person of Jesus Christ, He delivered us from our chains of sin. We have been given the greatest of victories, freed from the kingdom of darkness, and translated into the Kingdom of God’s Beloved Son. I think it’s time to celebrate, I think it’s time to dance. “I will sing unto the Lord for He has triumphed gloriously!”

1 thought on “Song of Victory”